of the Eagle and Child

Many legends exist about the origin of the eagle and child crest of the Stanleys which was probably taken from the crest of the Lathoms.

One account tells of a Sir Thomas Lathom who greatly desired a male heir, but his wife was advanced in years and their only child was a daughter. One day, he and his wife were walking in Tarlescough Woods, a wild section of his estate when they heard an infant crying. Servants were sent to investigate and they returned with a young male child which they had found lying in the grass below an eagle’s eyre. In another version, it was discovered in an eagle’s nest. The child was well dressed, and Sir Thomas and his wife decided to bring it up as their own son, naming him ‘Oskatel’.

The tradition of a child being found unharmed in an eagle’s nest is very old and exists in folklore in many parts of Europe, notably in Norway and France. King Pepin was said to have discovered a child in similar circumstances, and another tale exists that King Alfred the Great found a child after hearing it crying while he was out hunting. When his servants investigated, they discovered a male child in an eagle’s eyre, dressed in purple with gold bracelets on its arms (the mark of Saxon nobility).

The King named it ‘Nestingium’ and had it baptized and educated. It has been suggested that these old tales gave Sir Thomas Lathom the idea in the first place, when despairing of a son by his wife, he is said to have had an intrigue with a young gentlewoman whom he kept in a house nearby. She gave him a son, and his problem was to get it recognized and accepted by his wife in such a way that her mind would be free of jealousy. He thereupon arranged the whole thing, and the child was brought up as her adopted son and made heir to part of his estate. However, on his deathbed, Sir Thomas confessed that Oskatel was his bastard, and his daughter, being his only heir, inherited the whole estate. However, he made provision for his natural son by settling upon him and his heirs, the Manors of Islem and Urmston near Manchester, and Oskatel is said to have been the founder of the Lathoms of Earlham. There is a stained glass window in St Wilfred’s Church at Northenden bearing the name of Oskatel de Lathom and his crest.

The original Lathom crest was an eagle, head turned back as though looking for its prey. Sir Oskatel adopted a similar crest of an eagle looking away from a child as if it was defying all that might harm it. The only daughter was said to have been Isabel de Lathom who married Sir John Stanley. However, Isabel’s father had three sons and had no need to resort to a device to adopt an illegitimate son in order to keep his estate together.

If there is any truth in the story, then it is likely that the Sir Thomas Lathom concerned was Isabel’s father’s eldest son, also Sir Thomas Lathom who died in 1383, leaving an only daughter, Ellen, who died without issue in 1390. Her two uncles had predeceased her, thus making her aunt, Isabel, the heir. If Ellen’s father had a natural son who was claiming part of the estate, it might explain the delay from 1390 to 1406, when Lathom and Knowsley were granted to Sir John Stanley in his wife’s right. It was then said that Sir John adopted for his crest an eagle looking down on the child as if it was about to devour him, in order to emphasize the triumph of the legitimate heiress.

There has probably been a hostelry on the site of the Eagle and Child since at least the early 18th century with a brewery and maltkiln (Maltkiln Lane) on the site of the car park. As part of the Derby estate (the Eagle & Child is the Derby crest) it was much improved in the 1820’s with the building of the adjacent barn and the stables attached to the main pub.

The pub was operated by Threlfalls in Liverpool and the freehold of the pub and surrounding land was purchased by them from the Derby estate. It had been significantly modernized by them in the early 1950’s – possibly on acquisition of the freehold.

In 1993, the pub was sold by Whitbread following the government legislation forcing brewers to reduce the size of their tenanted estates to the Ainscough family and Gordon Bailey for £140,000. The Gill family had been operating the pub for many years and were farm tenants. In 1995 the Ainscough family acquired the whole business and established the Bispham Green Brewery Company limited.

Planning permission was sought and work began to restore the pub and convert the adjacent stables in to a restaurant area, add a large commercial kitchen and increase the size of the car park. At this point the stone midden adjacent to the pig sties was filled in and a number of ruined sheds on the car park removed. Stone flags were put back into the bar area and beams returned to the old part of the pub, stripping out the fifties formica insertions. A new staircase was also added to link in the large upstairs function room, retaining the old staircase for service use.

In 1997 following the great success of food in the pub, the kitchen was enlarged to provide more space for preparation and storage. At the same time, the wild area of grass below the bowling green was landscaped to provide a croquet lawn and site for a marquee and a sandstone patio was created  . The pond area was also dug out and landscaped and formally adopted as wildlife habitat.

Planning permission was obtained to convert the large brick barn adjacent to the pub into a micro brewery, however, due to the imposed requirement to build a sewerage treatment plant for the brewery, it was not economical to proceed. Instead in 2008, the barn opened as a farm shop selling the organic meat produced by the Ainscough farms in Parbold, Bispham, Newburgh and Croston, together with local vegetables, cheese, deli products and wine. 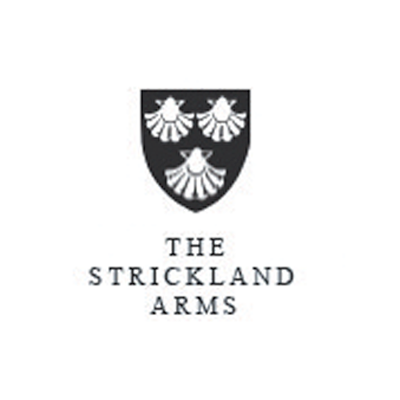 Superb dining in a traditional English pub on the edge of the Lakes
www.thestricklandarms.com 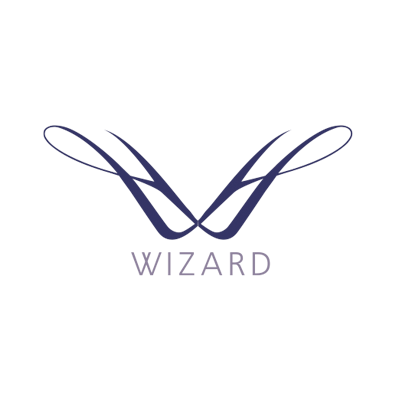 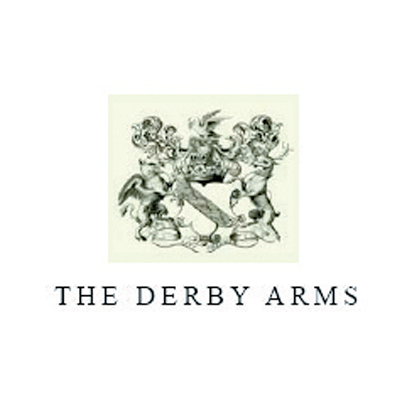